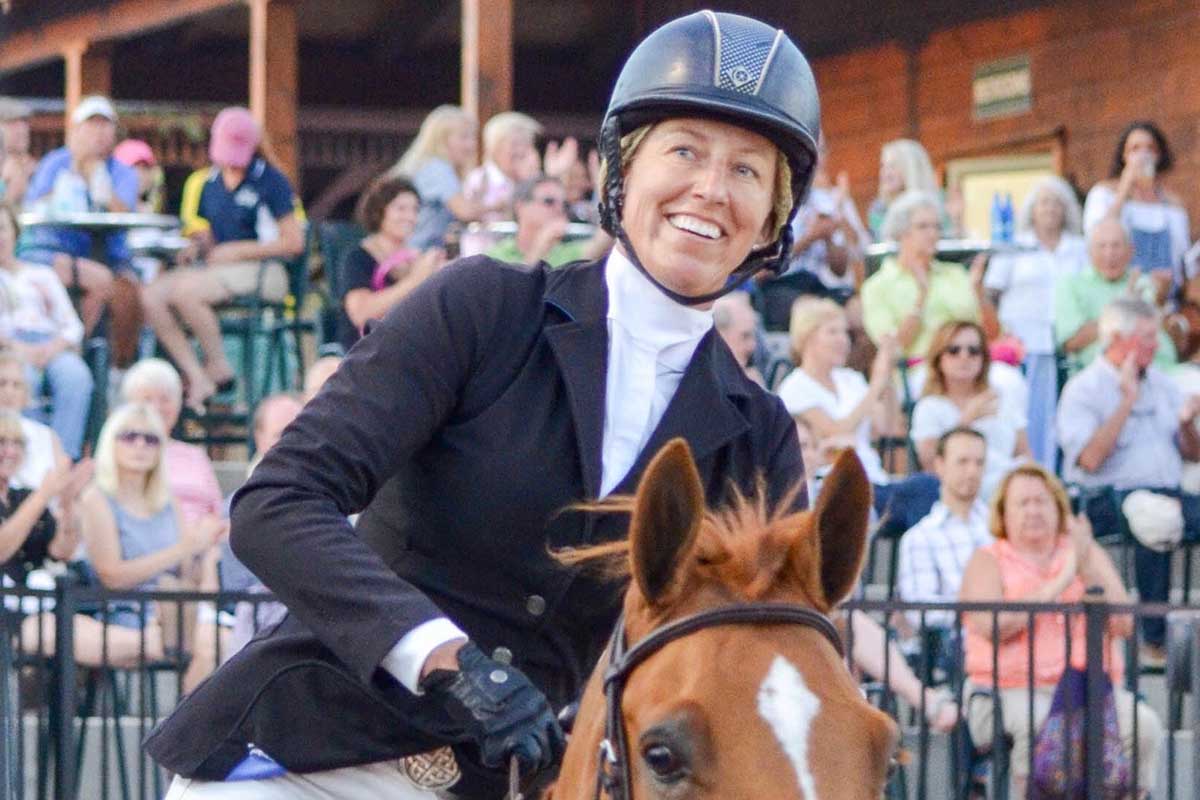 Schuyler Riley (USA) is an international show jumper with multiple Grand Prix wins. Competing globally each year at the world’s most prestigious venues, she is one of the most successful show jumpers in US history.

Schuyler began riding at the age of seven in Vermont where she won numerous state equitation and hunter championships. She then became a student of Paul Valliere’s during her junior years. While attending Tufts University, at age 19, she was the first female winner of the Rolex/ USET Show Jumping Talent Derby and that was just a glimpse of things to come.

She’s posted wins at such prestigious events as the Budweiser American Invitational, the American Gold Cup and the Budweiser AGA National Championships. She’s only the second rider in history and the first female ever to post back to back wins in the Chrysler Classic at Spruce Meadows. She’s been a key member of the United States Equestrian Team and posted double clear rounds in leading the US to victory at the Samsung Super League in LaBaule, France.

She has competed on numerous Nations Cups Teams, two World Cup Finals and many international competitions from Calgary to Dubai. In the past 18 months, Schuyler catapulted to the upper echelon of the Show Jumping world once again with her horses Dobra de Porceyo and Q-7, winning four Grand Prix competitions and over $250,000.

This summer, Dobra has won over $55,000, competing around the world in the exclusive Global Champions Tour as part of the Monaco Aces team, finishing the season in 3rd place.

In the past 18 months, her results include:

In addition to her recent success, her career highlights include: